(I must preface this post by assuring you that all links are perfectly safe to click on. It just sends you to the particular business and Holiday so you can see for yourself who and what I am speaking of).

I have 2 great events coming up in the next few weeks that I would love to invite everyone to. The first one will be at the Levant Landscaping and Construction. Every year, they put out the best variety of mums and fall flowers anywhere. 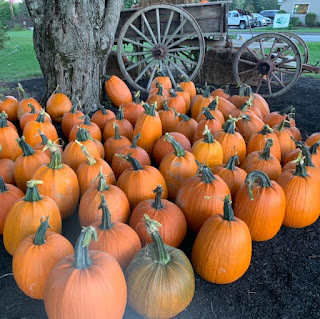 On top of that, they have a huge selection of produce and Maine made gifts, crafts and edibles that are simply the best as well. Another line they have(now here is my own plug)is The Yankee Chef's line of fall treats. And I do mean treats. From apple, pumpkin chiffon and blueberry pies to pumpkin spice bread, old fashioned apple pie bread pudding and pumpkin caramel bread pudding, decorative and unique caramel apples, spiced candied apples with unique coatings and flavors(starting with watermelon, raspberry and grape in October), unique popcorn balls in October and German Apple Cake....and a few more.

To honor my National Fall Foliage Week, I will be giving away full sized Apple Crisp desserts for ANY purchase at all. It will be on Saturday, October 3, from 11-3 and only last until I run out. And even then, I will most likely dip into a pie or other dessert and start serving away. 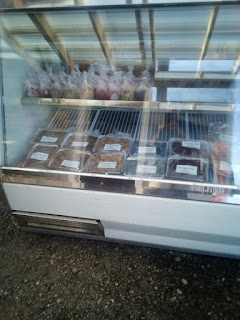 You can purchase just one cucumber and be able to get a crisp. Buy a caramel apple, and get a crisp. By a stick of gum from the owner and I will dish you up a bowl of apple crisp. But even if you simply come in off the street and do not buy a thing, I am not going to say no to at least a sample portion...but I never NOT give away the farm at events like this.

So I truly urge you all to pop over and take home the fullest mum around(they have 1000's o them to choose from) or even a pansy and then pop over to my table, say hi while I am dishing you up a treat. If you like it, you can buy your own pan of it. If you don't like it....well, I never thought about that actually.

My second even is with a very dear friend and relative of mine, Bob Craft. For those of you who don't know him, he owns the Orono IGA and Calais IGA(both in Maine). He has been with me since the very beginning but I really should say I have been with him since MY beginning. 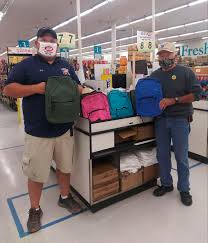 He has been a staunch supporter of mine since the day we met a few years ago and has been quite an influence on my 9 year old son as well. So anyone who treats my son like family deserves my attention and respect.

Anyway, I will be in Calais, Maine IGA a week later, Saturday, October 10, from 12-4 dishing up a free hot sundae to everyone. I have a line of products in Bob's stores called It's Just That Simple. They are very popular in his stores and it is a treat to go up to my(and Bob's)ancestral stomping grounds to meet people and dole up something free as well. I always have a great time and the folks at the store are like family as well. He does an amazing job hiring only those who are personable and down home oriented. So remember both dates and I really hope to see family and friends at one or both events. There is NOTHING more I like than to chat like a Yankee, a true Yankee!