I bet many of you remember shouting that word out during a childhood game of the same name, and to be rewarded with a kewpie doll. Well then again, maybe not. I remember the game but not the doll, as the name of the game now called Bingo. Beano was a popular board game for many years, starting in the first quarter of the 20th century in an undetermined Southern state. It was played basically the same way as Bingo is today, but one would place a dried bean on the number called and when they had completed a complete line of numbers either vertically, horizontally or diagonally, they would win. 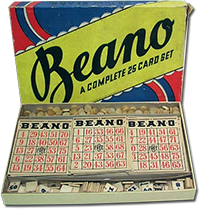 The name Bingo was inadvertently shouted late one night instead of Beano, and there you have the rather dull beginnings of this time honored game.

Beans also are considered rather a dull protein-packed meal as well. They are also time-honored and for good reason. Beans were a lifesaver to our ancestors who came over to this new land in the 17th century. Many were given huge lots of land simply for coming over and settling. And beans, along with pumpkin and corn, were grown by everyone because they could grow in the rockiest of soils and were cheap.

Beans were more often than not the center of a Puritan meal, with meat as a side dish. So throughout the ages, beans of ever kind have held a true comforting appeal to many, as well as this chef.

Find below 3 recipes that are not your usual take on the bean, but still a comforting taste whose protein quickly fills and warms you up. 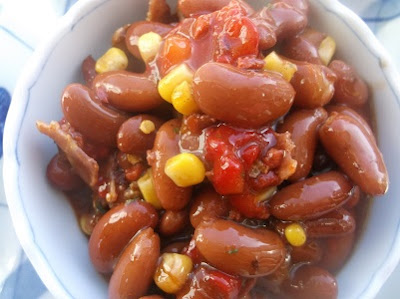 Literally meaning Cowboy, Charro is usually served as a soup, or with a soup-like consistency, but I find this recipe perfect the way it is. Charro beans are loved by all Mexican 'horsemen' and you will see why with one flavorful bite.

In a large saucepan, over medium heat, add the bacon, chorizo and onion. Stir to combine and cook until the onion is softened and the bacon has cooked to your liking. Drain fat and add remainder of ingredients except rice. Continue to cook and stir until heated through. Serve hot as is or over rice.


Cheesy Italian Baked Beans
A tasty Italian rendition to the Baked Beans we enjoy in New England, but taking a fraction of the time to prepare. Although the Native Americans in New England used corn as a support-base for growing the common bean(as part of the Three Sisters), in Italy the Romano bean was used in their version of the Three Sisters. This fiber-rich bean are most often found in Minestrone soups, fagioli dishes and poultry cooked in the style of all'uccelletto. It is one of the few hearty bean varieties that pair perfectly with pungent and bold Mediterranean spices, such as listed below. 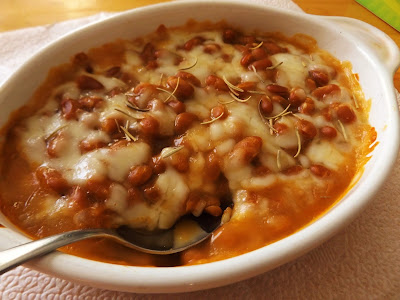 Preheat oven to 400-degrees F. In a large saucepan, heat oil over medium high heat until shimmering hot. Add garlic and stir well while cooking for 1 minute. Add onion, continuing to cook and stir until onions are tender, about 3 minutes. Add tomatoes and herbs, stirring well. Bring to a boil and then reduce heat to medium.
Cook 8-10 minutes, or until the liquid is starting to reduce and thicken. Add beans, half of both cheeses, red pepper flakes and salt and pepper, stirring to combine.
Transfer contents of pan to a 2-quart baking or casserole dish, top with remaining cheese and bake until all cheese is melted and the entire dish is bubbling. Remove from oven to serve hot.

* Or use cannellini beans if desired.

So thick you can actually eat this winter time bowl of goodness with a fork. White potatoes or even that leftover pie pumpkin works easily here as well. I don't pretend this is a gourmet meal, nor do I tout this simple recipe as something that will garner accolades around the globe. But it is a comforting dish of piping hot, warm your belly kind of meal that the kids will enjoy as well. 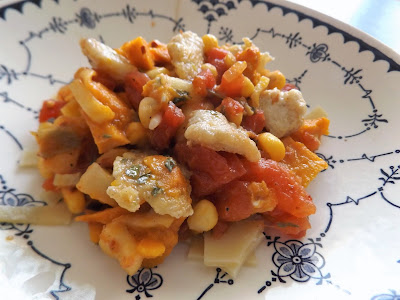 Heat oil in a large saucepan over medium high heat. When hot, add pork, onion and bell peppers, stirring well. Cook and stir until pork is cooked through, about 5 minutes. Add remainder of ingredients, stirring well. Bring to a boil, reduce heat to low and simmer for about 30 minutes, uncovered, or until potato is tender and  pork is cooked through. Stir a few times. This will make a very thick stew so for thinner, simply cover before simmering.
Makes about 4 good-sized servings

Posted by The Yankee Chef at 1:00 PM No comments: