Wood Vinegar......You are missing out! 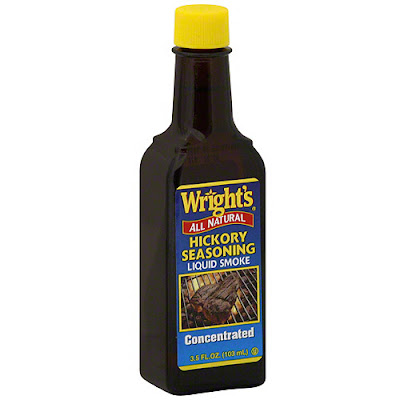 Never heard of it? I dare say that only 1 out of every 100 people even think of using this product, and I may even be generous. It is simply the archaic term for liquid smoke.

It adds tremendous, authentic smoke flavor to anything it is added to. Sure, there are ways of making it at home, but it is far more feasible to buy a small jar of it and keep it at home to use when needed.

When buying this product, make sure there are NO other ingredients other than water and smoke flavor. Smoke flavor?!?!

Yup! Manufacturer's simply burn mesquite, apple or hickory wood chips at a high temperature and use a complex distillation process, using only the wood chips and water. This results in a condensed liquid smoke exactly as the old-time moonshiners used.....or still use. 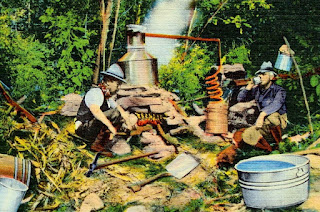 Sure there are some producers who take a short cut and add caramel for coloring and flavoring, along with salt and other flavorings, but all you have to do is look at the label. If you see water and concentrated smoke and/or the words all natural, then you are in luck. Stay away from other brands who add any more than those two items.

A great way of using liquid smoke is by adding a 1/2 teaspoon to a cup of water and use this mixture to marinade steak or chicken before grilling with other seasonings of your choice. Many people opt to add a couple drops to their favorite barbecue sauce as well. Adding some to your favorite cheese sauce gives it a decadently pleasing aroma and flavor as it does baked beans. 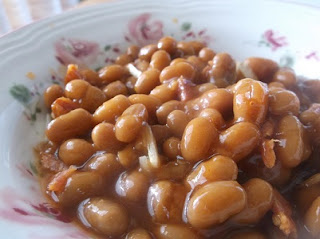 Now lets talk health and safety. Is liquid smoke safe to consume? Upon test, upon examination, upon scientific study, it is found that liquid smoke MAY contain a carcinogen, but first let me explain. 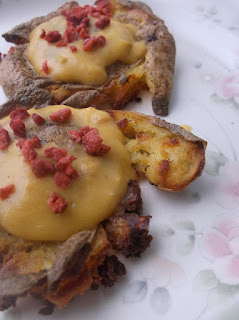 Buy smoked salmon, smoked turkey or other proteins in the deli, smoked cheeses....heck, anything smoked and you have the same exact carcinogen.

I know, I know, I have preached time and time again with regards to processed foods, but do yourself a favor. Don't freak! Use your head and buy ONLY the liquid smoke with the two ingredients mentioned above.

You would have to ingest roughly 3-4 full bottles before it should even cross your mind. In fact, smoked ham has 20x the amount of carcinogens, smoked turkey has 30x the amount and smoked herring and salmon about 120x the amount, when comparing serving amounts.

And to ease your mind a little further, most of these same carcinogens are fat soluble, unlike liquid smoke carcinogens, which is water-soluble. This means we are capturing the smoke flavor without most of the cancer causing carcinogens.

So don't let the purist fervor excite you too much. Go ahead and grab a bottle the next time you are at the supermarket and have at it!

It's Just That Simple!™

Posted by The Yankee Chef at 9:49 PM No comments:

I am so sick of the term BULLYING being used over and over again in the public, social media AND our policital stages. It has gotten to the point where it is used simply to evoke emotional outrage and to enable those who have NO idea what bullying really is in order to garner sympathy.

If those of you who use this term for a false sense of sympathy, then you certainly have mine. But not for the reason you seek.

If you have ever been bullied, then you know that it is an action that should never be repeated. Let's put this in persepective.

If a female was brutally raped, she not only has to overcome the physical scars, but the emotional torment lasts for years, if not all her life.

When someone uses the term rape for sympathy without having been raped, that is highly offensive to those who went through that terrible ordeal.

"I feel I was emotionally raped....." is the term I often hear from those who seek attention. Can't you find another term? Unless you were actually physically raped, you just don't have a clue what one goes through.

The same holds true for bullying.

I see, incessantly, how certain people in the public arena are actually bullying someone by calling them names, questioning their emotional and psychiatric stability, verbally provoking violence against someone and sitting back to watch it all unfold. They smile when others support this behavior. But when this person who endures this bullying lashes back in any manner, the people who bullied are saying THEY are being bullied.

In school, when I was ACTUALLY bullied by guys and girls, I had finally decided to lash out after months of this treatment. I remember having a fight with one of  my many tormentors at school and when all was over, I came out of it holding my head high because I felt good that I wasn't going to be a sitting duck any longer.

That person was embarrassed and simply walked away afterward.

The earliest definition of the word bully was someone who was hired to do violence.

NOT someone who either defends themselves or seeks to equal the playing field.

NOT someone who gives it right back to those who seek to either destroy, slander or demean him or her in any way they can.

Let's get this right people!

First and foremost, if you think I am being political, you may be right, but NOT for the reasons you may think.

If you are thinking I must be defending someone who may have issues, who may not make all the right decisions, who may not be the best president we have had, who may be a little thin skinned, who may need to grow up a bit....you may be right.

Sure, this person is an embarrassment in ways I care not to discuss here now, but it does NOT, DOES NOT, give people the right to seek sympathy by telling everyone that THEY are being bullied, when in fact, they are the bullies.

I find this highly HIGHLY offensive, and I don't believe I have ever been offended before in my entire life. But this hits home deeply.

But do you know what really hit home? What, to me,  really crossed the line. And for most of you, it is a "nothing burger", but it troubled me. Watching CNN one day a couple weeks back, there were two male hosts that were apparently listening for the first time what Jared Kushners voice sounded like. They began laughing and silently ridiculing the higher than normal pitch of his voice! ARE YOU KIDDING ME CNN? To top it off, I wanted, so badly, to somehow contact BOTH male hosts and compare MY voice next to theirs. Mine is much deeper and authoritarian then either of theirs.
It is stuff like that that is completely uncalled for and is done for one reason only!


To humiliate!
And THATS not another sign of a bully???


I am friends with people in social media who bullied me to tears(and way beyond)and I just can't get over it. Why?

Because they have either deemed it a minor ocurrence in their life(without seeing what it actually did to me)or if they do realize they did something horrible to me, they have never apologized.

Bullying goes so much deeper than simple name calling and an "elbow in the side" "under your breath" statements and mocking.

True bullying is something that an all encompassing strategy to completely humiliate and destroy someones psychological structure without caring about the end result.

And for those of you who are defending a bully, you are absolutely no better than those school yard kids who stood behind the person who bullied me every single day. You did NOTHING!

I have taught ALL my children to say "I am sorry." to anyone they may have hurt, offended or simply to make them feel better because of something they inadvertantly did to cause heartache to someone.

So for all of you who are seeking sympathy or use this word as a rallying cry for your cause.....

You demean this, all too real, word as you are demeaning the person that you are bullying. You should be ashamed of yourself.