"Oh bring us a figgy pudding, and a cup of good cheer."
Original Figgy Pudding is a steamed dessert that resembles more a very firm mousse than anything. although you can steam this dessert in its' classic preparation, not many have the tools to do so. The ONLY other method of preparation that closely resembles the original intent of this English pudding is through the crock pot. Honestly! It comes out to an almost cake-like consistency while having that pudding-like texture. Its hard to put it into words but I think this variation is light, fluffy and packed with flavor and the almost melt-in-your-mouth body is superior to that of any other Figgy Pudding recipe you can find. 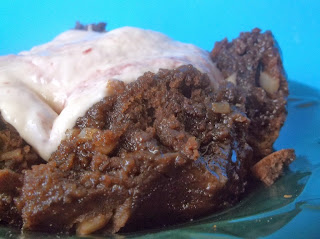 Originally, this classic added figs, breadcrumbs, pepper, almonds or walnuts, dates, raisins and a Hard Sauce. Dark rum was often added, as well, as you can add here if you like. Simply add 1/2 cup dark rum or 2 teaspoons rum extract.

In a medium saucepan, add the milk, figs, cranberries and butter. Place over low heat. When it starts to simmer, let the figs and cranberries cook for 10-12 minutes, or until they are softened, mixing occasionally. Remove from heat to cool 15 minutes.

Meanwhile, in a large bowl, combine the remainder of ingredients(except Hard Sauce) until thoroughly mixed. Add the milk mixture and stir to combine. If there are lumps, that is perfectly fine.

Preheat crock pot on medium heat. Transfer the Figgy Pudding to crock pot, cover and reduce heat to low. Cook for 1 1/2-2 hours, or until cake bounces back when touched on top. Serve with ed Currant Hard Sauce poured over the top of each serving. The Hard Sauce will thin out and "melt" over the warm Figgy Pudding..

With a hand mixer or tabletop mixer, beat the butter on high for 1 minutes, or until it is very creamy and fluffy. Reduce speed to low and beat in a half cup of powdered sugar. Keep adding powdered sugar until it resembles peanut butter. Beat in the orange juice to thin out to the consistency of whipped cream. Hand fold the red currant jam so that it is streaked throughout. Use your favorite jam or preserves here as well or substitute real dark rum or rum extract to stay with tradition. 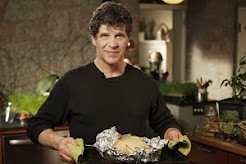